In May 2015 the United Kingdom went to the polls. A Conservative Government was elected. The UK uses the “first past the post” electoral system. The country is divided into 650 constituencies. The candidate with the most votes from each constituency is elected. 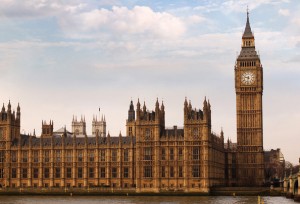 If you got the first exercise correct I want you to illustrate your results with two pie charts. Use this table to work out the degrees for each party. You can draw them in excel or with a protractor and pencil.

If you would rather do this exercise using a worksheet download here. 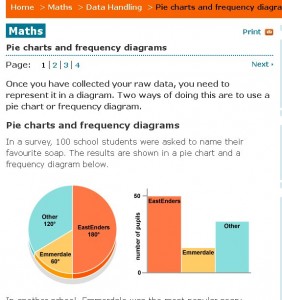 An Interactive White Board resource to draw bar charts and pie charts from your students data. 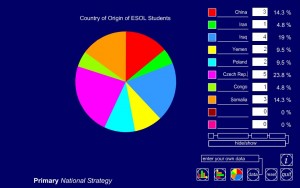 please try to use the translator only when you have to. A very important part of your course is learning the English vocabulary for maths and you won't be able to use a translator in your exam.